Populism: political race to the bottom in the era of “alternative facts” 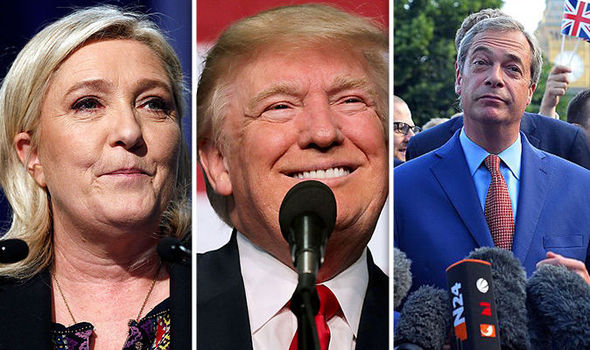 Most observers have interpreted the Brexit and the stunning election of Donald Trump to the White House as yet another sign of a rising populist tides in the world of politics, but are these simply episodes of political blips, the so-called “Jesse Ventura” effect or “angry white man”, the left behind, or could there be other socio-political driving forces behind such a spectacular success?

Since ancient times, politicians have resorted not only to reason but also rhetoric, “eloquence” as it was euphemistically called, in playing the politics of persuasion. In a drastic turn of fate, this very same political stylistics appears to be increasingly employed by the same class of politicians and elites to promote elements of anti-politics sometimes upheld as “philosophies of liberation”. From Russia and the Middle East to Europe and the Americas, one could seamlessly notice a significant rise in the rhetoric of the political leaders ardently down-rating “politics” itself and the role that the history of political philosophy has played in shaping modern democracies. Former Italian Prime Minister Silvio Berlusconi’s flagrant anti-politics style, once a subject of mockery in Western political circles, now appears to be more the norm than the exception among politicians. Certain new linguistic connotations of terms appear to eloquently express such a scornful outlook to the exercise of the political activity. In Italian for example, “La Casta” (the caste) was explicitly employed to support the populist idea of qualunquismo (anything goes in politics). In French the now widely-used term “politique des politicians” or “le système” are other instances of linguistic meaning extension to promote often erroneous popular connotations for cunning, self-serving political leaders.

The employment of such tactics by the veritable anti-politics movements such as Front National, UKIP, Movimento 5 Stelle, Tea Party, etc would be unsurprising, parties whose very defining character is undoubtedly their anti-elitist claims envisaged as a homogenously corrupt and detached from people’s real grievances. But the role that is played by the very mainstream politicians appears to be indeed intriguing whose wholehearted endorsement of such popular sentiments is construed not only to promote popular image of heroes saving “the people” from external threats i.e. immigrants and minorities, but also as the real challengers to the very political and democratic structures, in a desperate attempt to distance themselves from occasional episodes of corruption or incompetency dramatically amplified by modern media.

Hence a second significant force behind the rise of populism is undoubtedly a great portion of the western media, which finds itself in a brutal contest over readership in an era of fierce competition posed by a spectacular rise in citizen journalism and independent media outlets. One compelling solution to address such crisis in readers’ loyalty directly impacting journals’ traditional financial models, appears to have been to embark on a more interpretative role, as compared to a factual one. This has been justified by a presumed necessity to “interpret” the hidden message behind the actions and expressions of politicians claimed to be distant and ambiguous or outright dishonest, hence requiring an army of “analysts” to properly understand and decipher their machinations. Nevertheless, the same shortage of means and resources has inevitably forced the same news corporations to resort to short sentimental coverage of such events without always being capable of providing quantitative and qualitative perspectives.  A politician’s secret dealings with foreign powers for instance, an episode of corruption or mismanagement, could be exploited to make shallow sweeping statements on all or at least a majority of politicians. The word “politics” is frequently employed with negative connotations to denote any murky or non-transparent public activities and hardly ever as a predominantly noble act of promoting and safeguarding hard-earned elements of liberty and right by means of democratically elected generally accountable representatives.

Scholars behind the rise of Populism

The most astounding share in promoting populist movement belongs to the very scholars of political science.  Even the scholarships aimed at denouncing the rise of the populist discourse seem to be affected by the same syndrome. A prevailing number of scholars of political science in western universities by subscribing to the predominant principles of “political relativism” appear to be playing an active role in promoting populist agendas. Such a contemptuous outlook towards the most flagrant achievements of the western political tradition by putting them on the same scale of comparison as other competing global ideologies, have effectively silenced and marginalized any open subscription to “universal” values of liberty and equality.

This dominant narrative is centred on the presumption that there are no substantial differences between several equally valid claims to truth  hence the entire history of western political philosophy could be reinterpreted in a relativist light bound to a finite time and space setting. Unsurprisingly this has been at the heart of claims to legitimacy and truth by the likes of Khomeini, Putin, Erdogan and now Trump which is even legitimized by an appeal to such elements of direct democracy as public opinion polls and referenda.

The floodgates of the post-truth politics reposing on the assumption of the existence of “alternative facts” have indeed been opened by an effective collaboration of these three “frenemies”: politicians, mainstream media and political scholars all to the significant benefits of the populist movements thriving in such an ideological no man’s land.  It must be underlined that in some cases such as Italy, Greece and Spain, the damage seems to have been relatively contained by a strong presence of the leftist populist ideologies which have shown to be capable of counterbalancing the far right xenophobic, chauvinistic and exclusionist narratives.

Nevertheless a permanent cure would certainly implicates a serious soul search into the very foundations of the western political philosophy which does indeed reserve important tools and resources to address these same challenges. The rich republican tradition for instance could provide important socio-political safeguards and checks and balances on the public power that could still prove efficient in promoting principles of liberty, legitimacy and social justice: admittedly the very same field where the liberalism unquestionably failed.

Immigration, security threats, distributive fairness and most importantly episodes of political corruption are not novel or unforeseen themes in the lexicon of political science, we just need more courageous scholars, politicians and journalists willing to cast off the postmodernist predicaments of relativism and stand up for the universal principles of right and justice promoted and protected by fundamental safeguards provided by the representative democracy. The die is cast, this will be our last chance not only to confront the juggernaut of populist communication in all spheres but also to provide epistemologically valid alternatives to the overconfident claims of the authoritarian states and tyrants which have shown to be capable of successfully hijacking malleable elements of the direct democracy.