Ayatollahs’ “silent tears” against a nation’s century of distress! 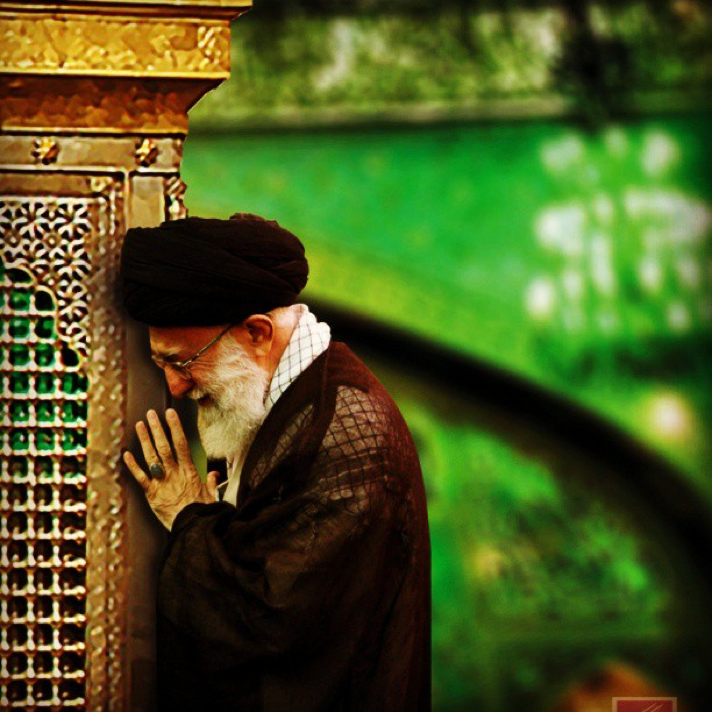 The Iranian elections are planned for this Friday to elect a 290 member parliament as well as the powerful Assembly of Experts in charge of substituting the Leader in case of death or incapacity. Despite regime’s meticulous control and invigilation on all means of public participation here is why the ruling elite could never cease to be fearful.

Going through the build-up to these important public events in the social media sounds like listening to extremely sad Persian poetry and music that seems to have been Iranian’s millenary remedy to the oppressions.

It goes without saying that the public consultation planned for February the 26th does not constitute any grounds for being regarded as free and fair elections by any standards. The regime has made certain that around 60% of the candidates have been disqualified on religious and loyalty grounds leaving the final choices between 3000 loyalist conservatives and 70 moderates. The loyalty of both groups has duly been verified by the powerful Council of the Guardians directly linked to the Office of the Supreme Leader. Despite this even an invigilated choice by the population under such circumstances seems to be cause for significant anguish for the ruling elites.

A tumultuous history of public participation

Despite unending historical challenges to the principles of the popular sovereignty in Iran, the country had universal suffrage in full swing as early as 1906. The women’s right to vote was institutionalized as early as 1963, surpassing the Swiss by 8 years and only less than two decades after France and Italy!

Fast forward 110 years, and the quest for sovereignty in Iran does not seem to be any closer to a resolution.  From a certain point of view the Islamic Republic of 1979 pushed the reset button on many incremental achievements of the previous century.  By claiming the mantel of the prophet and the hidden Imam, the theological regime directly undercut the rational deliberative foundations of politics and legitimacy far beyond the previous monarchic regime. Notwithstanding, an unwanted result of its Marxist style denunciation of power and privileges was the promotion of a certain level of political enfranchisement and class mobility including regular national elections.

Nonetheless, It soon turned out that the centrality of the claims of popular self-mastery would find itself to be at odds with elements of the alleged divine sovereignty.

This resulted in an institutional and constitutional complexio oppositorum whose various political implications never ceased to haunt the ruling elite themselves.

Various ramifications of such an institutional pandemonium could still be perceived at all levels of the state and society. An emblematic example of this profound ideological conflict between the elected offices and the unelected ones would be the flagrant institutional conflict between the Office of the Leader and that of the President. This went to such a critical level that Khamenei, the then President of the Islamic Republic, hence endowed with a certain level of popular mandate, even publically claimed that he used to go to “the rooftops to cry in silence” due to his institutional conflicts with the former Supreme Leader Ayatollah Khomeini. Once Khamenei himself on the driving seat of the Supreme Leader Office, the same pattern of institutional conflict was repeated between him and Rafsanjani, then with Khatami and even with the conservative Ahmadinejad who was directly endorsed by himself following the 2009 electoral unrests in Iran.

Such existential conflicts between the rational sources of contingent politics on the one hand and transcendental immutable sources of normativity on the other, had underpinned systematic episodes of the alleged practices of vote rigging and electoral manipulation by the dominating religious class from the very first days of life of the Islamic Republic. For instance, in 1980 after the downfall of the Pahlavi Monarchy in order to legitimize the establishment of the regime, the electorate was offered a simple choice formulated as: “Islamic Republic yes or no” without any clarification of the type and the mission of the proposed Islamic Republic. A resounding majority unsurprisingly voted “yes” not least because there was no other alternative on the table. This led to a pervasive monopolization of power by the dominant clergy under the pretext that the majority of people have indeed provided a prior consent for the establishment of a religious leviathan whose controlling tentacles could now be extended to all and every economical, social, and political resource of society.

Consequently, any form of popular consultation in Iran would inevitably engender considerable challenges to such unelected repositories of power. Hence to guard against such existential threats by adopting basic tactics of the resilient authoritarian systems, the regime has employed every social, military and indeed constitutional tools including the Guardian Council to enforce a considerable level of successful threats aimed at silencing and marginalizing any voices of dissent.

Yet as the presidential elections of 2009 demonstrated the struggle between the secular and the sacred could not be effectively dealt with perpetually also because the Iranian civil society has proven to be extremely resourceful and resilient and this time even armed with penetrating technologies that appear extremely difficult to efficiently suppress.

Hence, once again the Ayatollah appear to be  braced for bitter surprises as any practices of authority by the people could indeed bring veritable tears to the eyes of those whose ideological centers of loyalty is claimed to be resting above and beyond the rational ability of the subjects of the alleged divine sovereignty.