Why we are NOT Charlie Hebdo! 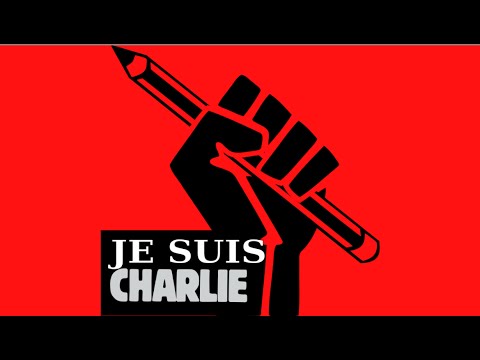 In the wake of the deadliest attack on French soil for decades, all political parties and religious and secular activists seem to be rallying behind the slogan “I am Charlie”. Here is my argument why this could not be further from the truth!

A few years ago when Charlie Hebdo published its satirical cartoons with an Islamic theme, a significant portion of the French intelligentsia, and even a greater majority of the European authors, condemned them as gratuitous insults directed at one specific religion rooted in a prevailing European Islamophobic trend. The magazine was even sued in 2011 following one particular issue entitled Charia Hebdo in which certain Islamic tenets and practices were depicted and ridiculed resulting in numerous political figures and commentators distancing themselves from them.

In an astonishing turn of faith, most of the same public media and political experts seem to have now opted for riding waves of public indignation at these atrocities by declaring “I am Charlie”. Most curiously there is now a prevailing trend among various commentators and prominent international news outlets, while apparently condemning the attacks, to shamelessly put the criminal fundamentalist and the assassinated free thinking journalists on the same shelf as comparable acts of extremism: one military and the other at best reckless journalism!

In our modern society, so seriously affected by various symptoms of political relativism, there seem to be very little conceptual certainties left to stand up for. In an era marked by political contingency, we all appear to be paralyzed towards any political action for fear of offending some ideological convictions or trespassing on some calcified social certainties. While all western democratic values seem to be fading away into these vicious circles of relativity, the immutable transcendental sources of “truth” seem to have found the fertile grounds of activism and political militancy.

Hence, unlike Charlie Hebdo, most of us have turned into passive bystanders who have conveniently chosen to desert our civil responsibilities of active participation in the promotion and protections of the foundations of the civil society. Indeed a great majority of us appear to be too complacent with the already acquired freedoms to be able to see the need for any active protection of our principles of liberty through courageously denouncing the forces that relentlessly aim at their destruction. In contrast, Charlie Hebdo constantly rose above the neutrality and fears, and consistently assumed its civic republican duties courageously.

One of the principal defining features of Charlie Hebdo was its indiscriminate criticism of all social trends and policies deemed detrimental to the principles of liberty, with no regard for factional and political sources of such ideas. Charlie Hebdo was a virulent critic of both left and right policies and in particular all forms of extremism on both opposing polar ends of politics. In spite of this, we are now witnessing an overwhelming opportunism to appropriate the political values incarnated by such an objective overarching public tribune. It is not hard to observe that one of the defining characteristics of this magazine continues to be its militant struggle against the mounting rise of the extreme right parties and their xenophobic and exclusionist ideologies. It is evident that the current political parties in France, and in the rest of the western world for that matter, all suffer from a significant lack of the objectivism failing to coherently put the common good above their restricted party politics and factional interests.

It is banal to reaffirm that a great majority of religious people, in particular those living in France, are peaceful, tolerant people. Lets not forget that one of the policemen killed in this terrorist attack was Ahmed Merabet, a Muslim who gave his life to uphold the famous Voltaire’s declaration that “I may disagree with what you have to say, but I shall defend to the death your right to say it”. Nevertheless it is evident that religion does indeed have an underlying role in such acts of extremism as the entire history of the western political thought unequivocally demonstrates. When Leon Gambetta unambiguously declared “clericalism voila l’ennemie” this clearly meant all organized centres of loyalty that fall beyond public accountability and debate. Interestingly most Western political leaders, who now declare themselves to be Charlie, have persistently trampled upon such basic republican guidelines of religious neutrality for instance by highlighting the Judaeo-Christian roots of Europe. Such affirmations could be regarded as the highest affront to the sacrifice of the martyrs of freedom of conscience and secularism that includes the journalists of Charlie Hebdo.

Hence the Charlie Hebdo’s line of satire continues to be a clear reminder that all forms of extremism and intolerance including the religion ones continue to be the potential source of existential threat to the basic articles of human rights and freedom. Ironically those who thought to have killed a journal themselves succumbed to death at a printing firm in the suburbs of Paris, but the threat that their obscurantist ideas represent to the democratic values continue to loom large in the immediate background of all modern liberal debates on multi-culturalism and in particular the definition of the boundaries of the freedom of expression.