The Evolution of God’s magic wand 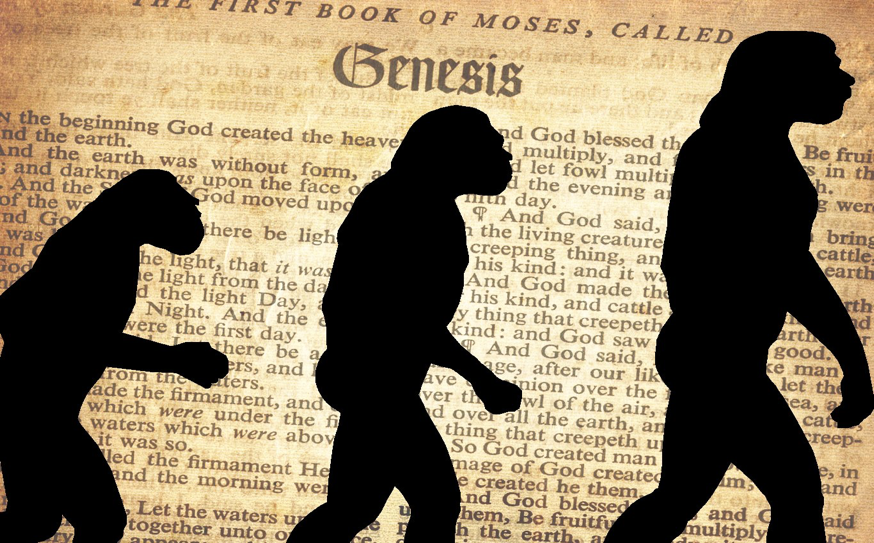 Like all organized congregations of faith, the Catholic Church has had its fair share of distress dealing with all intellectual products of the empirical sciences.

It is not difficult to identify numerous instances of such doctrinal engagement within the history of this Church. This goes as deep as counting the original proposer of the Big-Bang theory: Monseigneur Georges Lemaître, among the ranks of the Vatican priests besides being a well-established astronomer and physicist. More recently John Paul II had also reticently endorsed the validity of the main tenants of the Evolution which increasingly proved hard to dismiss in an era where other traditional methods of confrontation namely condemnation and repression were no longer viable options, as hitherto prevalently practiced such as the harsh treatments reserved for Galileo and Bruno Giordano.

Similar pattern could be observed in other schools of faith, which also seem to be extremely bewildered and disconcerted in dealing with such scientific questions. Islam for instance, through its numerous scientific claims in Quran, provides explicit endorsement of the creationist myths of the universe in particular in Quranic Verses 7:54, 50:38 and 2:117 which clearly alludes to a certain connotation of the God’s magic wand. Notwithstanding, it goes without saying that a small number of religious scholars have also occasionally tried to accommodate certain scientific notions trying to demonstrate their compatibility with the religious narratives. Despite this the vast majority of the Islamic theologians subscribe to a literal understanding of the Sacred Book’s revelations.

The religions of the heart

On the other side of the Atlantic the new-world assemblies of God seem to be cruising on a totally opposing polar end to their European predecessors. The overwhelming trend among all evangelical churches of America based on their teleological claims of being “religions of the heart and not of the mind”, seem to be a predisposition towards an utter rejection and denial of the most glaring achievements of the modern experimental sciences.

Major denominations such as Presbyterianism, Baptism, Methodism, and Pentecostalism all appear to prevalently converge in their vehement rejection of the prominent scientific findings to the point that this has even put them at odds with their European reformist precursors.

Moreover Evangelicalism promoted certain tenants of the individual faith that entailed a fundamental refutation of the principles of salvation by church. It is paramount that such a demise of the organizational structures significantly compromised the institutional capacity of these establishments towards a coherent intellectual engagement with complex philosophical challenges.

Most importantly the prevalent doctrinal conviction of these so-called “personal choice churches” fed upon an ideological predisposition towards the conceptual simplification of the ecclesiastic dogma in an attempt to eclipse the intermediary role of the “established churches”. This was achieved by means of advocating a direct links between the faithful and God, which was postulated to be unswervingly accessible through the individual intellectual capacities.

Hence the Evangelical churches being labelled as the “anti-scientific” congregations should be seen in the light of this ideological orientation towards denial or even the inability to live up to important scientific challenges. In line with such confrontational doctrines parallel attempts have been made to fabricate competing “pseudo-scientific” narratives and institutions such as the creationist academies and museums and even evangelical “peer-reviewed” scientific journals.

Back in the old continent, Pope’s affirmations could widely go unnoticed as an instance of riding the already existing waves of religious liberalism rather than creating a new one. Notwithstanding a closer examination of his and other comparable narratives reveals a much deeper process towards an inexorable relegation of God from a hitherto omnipotent source and architect of the universe to a mere initiator of life and a subsequent influential force; a perilous trend with significant existential consequences.

In a wider European context, recent surveys reveal that other congregations are also sailing through troubled waters. A recent poll of the Anglican Church clergymen reveals that as high as 16 percept of them have a confused idea about God and 2 percept even believe that it is a human conception!

Whether this is sufficient to conclusively sound the death-bell of the organized faith is yet to be seen. Nonetheless such attempts towards modernizing Catholicism or even to catholicize the modernity, would inevitably drift this major congregation into the unchartered waters of “deism”. One could not overlook the fact that such allusive endorsements of the prevailing laws of nature could dangerously undermine certain fundamental pillars of all Western religions. Take the crucial religious practice of praying for instance. As Ambrose Bierce trivially put it, this would entail “asking that the laws of the universe be annulled on behalf of a single petitioner”. In the light of these new ideological orientations, such essential religious symbolism would hardly be sustainable. Thus while the central creationist myth at the heart of all narratives of God’s omnipotence seems to have seriously been undermined, one could even perceive signs of an inescapable evolution of this creationist’s magic wand into the sword of Damocles over all organized religious institutions of the modern era.