Should the West Support the Independence of Kurdistan? 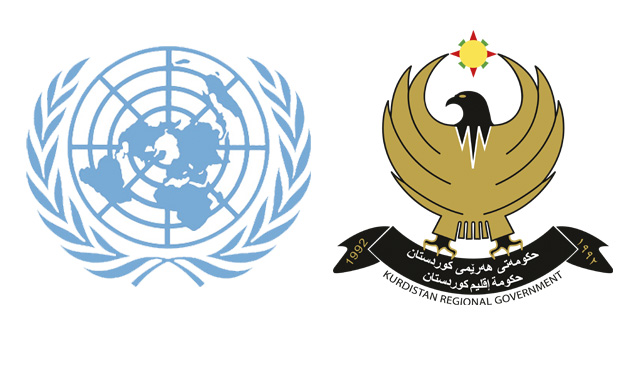 As Western diplomacy in the Middle East appears to be doomed to a vicious circle of blunders for over a century, the upcoming Kurdistan’s consultative referendum on independence could provide a generational opportunity not only for Kurds but also for the entire international community.

Kurds are considered to be the world’s largest ethnic group with no state. At various historical junctures their dreams of independence have been quashed by all major political players of the region beginning with the Sykes-Picot Agreement. Yet despite such a predicament the prospect of a Kurdish independent state has never been so palpable in a region where most post-WWI political entities, in particular Iraq and Syria, seem to be facing an uphill struggle to impose their territorial sovereignty.

Modern states, one could argue, in the Middle East have had no other alternative than to resort to heavily centralized authoritarian regimes to forcefully impose the state legitimacy in a vertical manner in the absence of the most basic ethno-symbolic elements of statehood, or otherwise fall prey to centrifugal forces of sectarianism. Such artificial political constructs built upon a vacuum of identity unsurprisingly proved to be extremely fragile as soon as other centres of loyalty, in particular the politicized religion, entered the fray.  This pattern of alternating between despotism and religious fundamentalism has been the norm throughout the Middle East, with however, the notable exception of the Kurdish region.

In light of this it comes as no surprise to observe for example that certain apparently secular states of the region, particularly Turkey and Tunisia, have been inexorable sources of jihadism by providing the highest number of fighters to the fundamentalist groups such as the Islamic State, or alternatively dangerously falling back on the Middle Age sultanate traditions. The artificial modernist imposition of values proved extremely vulnerable in the face of political readings of religion and power constantly looming large in the immediate background.

On closer examination one could find an interesting socio-cultural precedence underpinning the Kurdish ethnosymbolism, which happens to chronologically precede most other ethnic belongings of the region. Interestingly certain Islamic sources of jurisprudence such as in Lom’a al-Dameshqiyya which explicitly singles out this population for being uninfatuated by the calls of the Islamic Fiqh (jurisprudence) hence liable to discrimination, in particular commercial exclusion.  Indeed Kurdish society has historically demonstrated a surprising level of openness and inclusiveness, being itself composed of numerous sub-ethnicities, diversified religious adherence and an ingrained presence of many secular principles which surprisingly do not appear to be the result of imposed modernist top-down processes.

Unsurprisingly as a result  the Kurdistan Regional Government today has been shown to pursue a moderate international diplomacy not only with both its Sunni and Shi’a neighbours but also with Israel and the rest of the international community. Internally, it is even claimed to be the only representative political system in the region where there are no political prisoners, although elements of positive liberties need to be accounted for as well. Various attempts at establishing pervasive elements of press freedom, religious liberties and gender equality have indeed set unprecedented regional benchmarks. Friends and foes watched with admiration the resilience of the female Kurdish fighters on the war front with the obscurantist Islamic State which had previously swept away Syrian and Iraqi regular armies effortlessly. It is hard to overlook a certain unifying thread of at least a form of proto-democracy in all such socio-political track records in a region where genuine democratic commitments are indeed a rare breed.

Kurds have therefore proven to be the only trustable force with a profound commitment to numerous secular and inclusive political values. The Iraqi state on the other hand proved to be too divided and founded on deep sectarian grounds to be able to accommodate ethno-religious aspirations of its constituting elements, or to provide a lasting alternative to more ideologically driven religious sources of loyalty which include not only the Islamic State but also its own internal Shi’a militia supported by other regional powers pursuing their own ideological agenda. Persistent sources of religious mobilisation in Iraq and Levant, which were in turn responsible for the overthrow of several former regional regimes including the Iranian monarchy, have demonstrated an immense ability to nurture sectarian extremism with notorious consequences.

In addition to this it is evident that fourteen years of US military presence in Iraq and the so-called “war on terror” has not only failed to attenuate the danger of the extremist groups or provide any form of stability to the region, but also resulted in the creation of a much more threatening breed of religious fundamentalism capable of providing global appeal to aspirants of global jihad. Discounting the underlying socio-ethnic grievances by hiding behind futile excuses of risks to stability, in a region which is already caught in a spiral of instability and violence, would unquestionably contribute to the perpetuation of the same vicious circle of insecurity in the entire region. On the other hand, as regarding the expressed anxieties of the bordering countries, it is evident that the real causes of secession and irredentism are not the existence of a related ethnic nation in the neighbourhood, as for example the recently established Republic of Azerbaijan has had nearly zero impact in fomenting secessionist drives in the neighbouring Iranian Azerbaijan which already does have a conspicuous share of power in the political layout of Islamic Republic.

Hence the international community is presented this time with a real opportunity to support a genuine local force of moderation aimed at the institution of a home-grown secular democracy with resilient political consequences. Alternatives to such a rational choice would undoubtedly be neither sensible nor ethical. One immediate consequence of such failure would be the alienation of Kurds as the hitherto most trustable allies of the West in the region. Most importantly failure to sustain Kurds at such a historical crossroad would seriously undercut claims to be upholding the principles of the Universal Declaration of Human Rights several of which unambiguously sanction the right to free popular consultation and the choice of nationality.